Analysis: After America First, some investors bet on a Biden boost abroad

After four years of America First, some money managers outside the United States looking for big post-election investment winners are quietly confident it is the turn of the rest of the world to shine.


(Reuters) - After four years of America First, some money managers outside the United States looking for big post-election investment winners are quietly confident it is the turn of the rest of the world to shine.

With several opinion polls pointing to a Joe Biden presidency, these investors are leaning towards assets such as emerging markets or European bank stocks, as potential beneficiaries of a Democrat win while turning cautious on markets such as Russia which might be hurt by the change.

A stimulus-fuelled U.S. growth pickup, accompanied by corporate tax hikes -- both expected under Biden -- could push capital out of the S&P 500 into other markets, especially if a coronavirus vaccine becomes available early next year.

A consensus for a weaker dollar, driven by more predictable trade and foreign policies under Biden, will add to the big positive for emerging markets.

“Biden will not be increasing (tensions) further but also not be pulling back aggressively - I do expect the relationship to stabilise rather than escalate, and that will be a benefit for the market and that will give some further room for the rest of the world.”

Many investors said they favoured European cyclicals - companies which do well in a buoyant economy and stand to gain when a spending boost lifts bond yields. 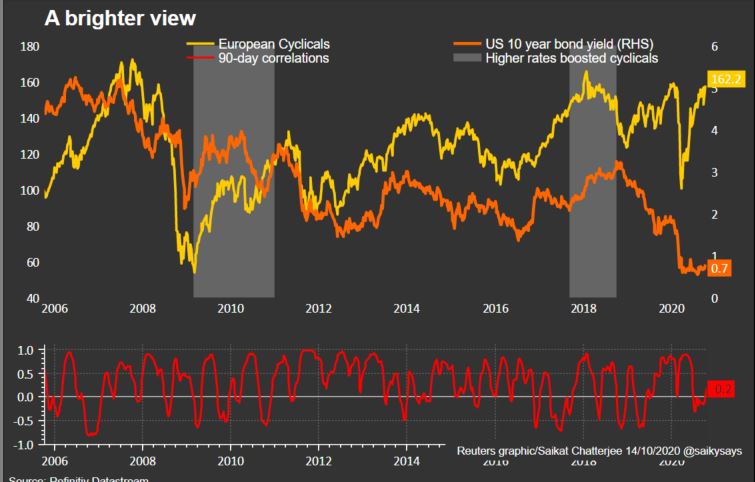 Meanwhile a potential Biden win could be a “game changer in the relationship with Europe at a geopolitical and security level,” said van Nieuwenhuijzen, who expects such an outcome could benefit European exporters from Italy to France as well as German car makers. 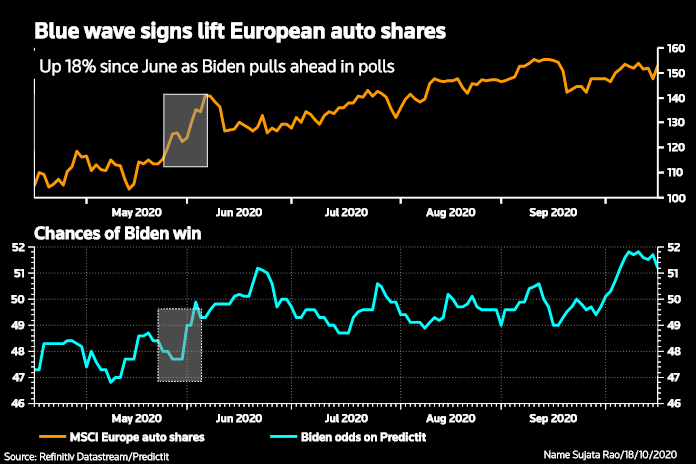 There is still a huge amount of uncertainty for investors as opinion polls may shift as the U.S. election day approaches.

Jonathan Bell, chief investment officer of Stanhope Capital, is increasing exposure to Asia. He reckons that while a Biden win would be a positive, Asian markets are resilient enough to withstand a surprise Trump win.

“If Trump wins you could perhaps make more money in the United States ... but Asia will probably still benefit. Whereas if Biden wins, perhaps U.S. (market) comes off and Asia benefits,” Bell said.

If Trump does win, investments in U.S. companies in line to benefit from additional corporate tax cuts could be among the winners, fund managers said.

Figures from the Department of Commerce show U.S. foreign direct investment (FDI) rose around $94 billion last year -- less than half the amount seen in 2015. Net flows to Europe were just $8.3 billion, versus $152 billion in 2015, the data showed.

U.S. investment into foreign stocks and bonds has also fallen. U.S.-domiciled accounts tracked by consultancy eVestment pulled out some $23 billion from European equities in the past five years, $21 billion out of Asia Pacific equities, and $20 billion from emerging market equities.

There were net outflows from European and emerging market fixed income of $2.2 billion and $18.2 billion respectively, eVestment said.

Dirk Willer, global head of emerging markets at Citigroup Inc, predicts U.S. foreign flows will recover if trade war noise ebbs. And even if Biden sticks to a hardline China stance, it is likely to be a less erratic one.

“At least you won’t wake up in the morning and check Twitter to see if you need to worry about your yuan trade,” Willer said, referring to Trump’s late-night tweets that can frequently send markets sprawling.

Investors said a persuasive Biden win would especially benefit emerging markets, an area that has historically outperformed during Democrat presidencies.

Now, it may also benefit from dollar weakness and less pressure on companies to return business operations to the United States. Latin America – particularly Mexico -- will gain from a shift in immigration and trade policies as well as FDI, investors expect. 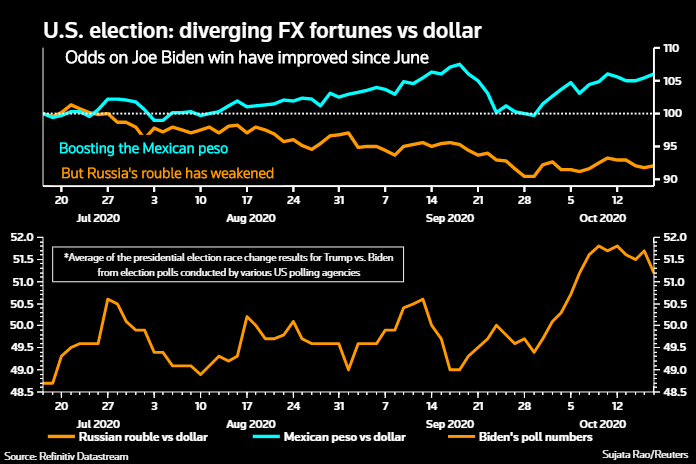 But peso gains since early-June, when betting odds swung decisively towards Biden, came at the Russian rouble’s expense.

A Biden win may spell bad news for Moscow in the form of a tougher U.S. administration and weaker oil prices if Biden pushes ahead with his green agenda or allows Iran to resume crude exports. Russian equities too have lagged other emerging markets since early June. 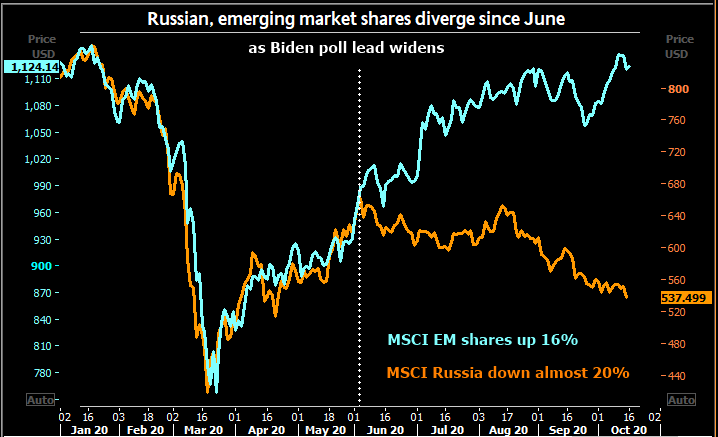 “There are currently more than enough reasons why Russia might see more sanctions. You have Biden who is more than willing to punish Russia,” said Amundi’s head of emerging markets, Yerlan Syzdykov, who has turned “cautious” on Russia.